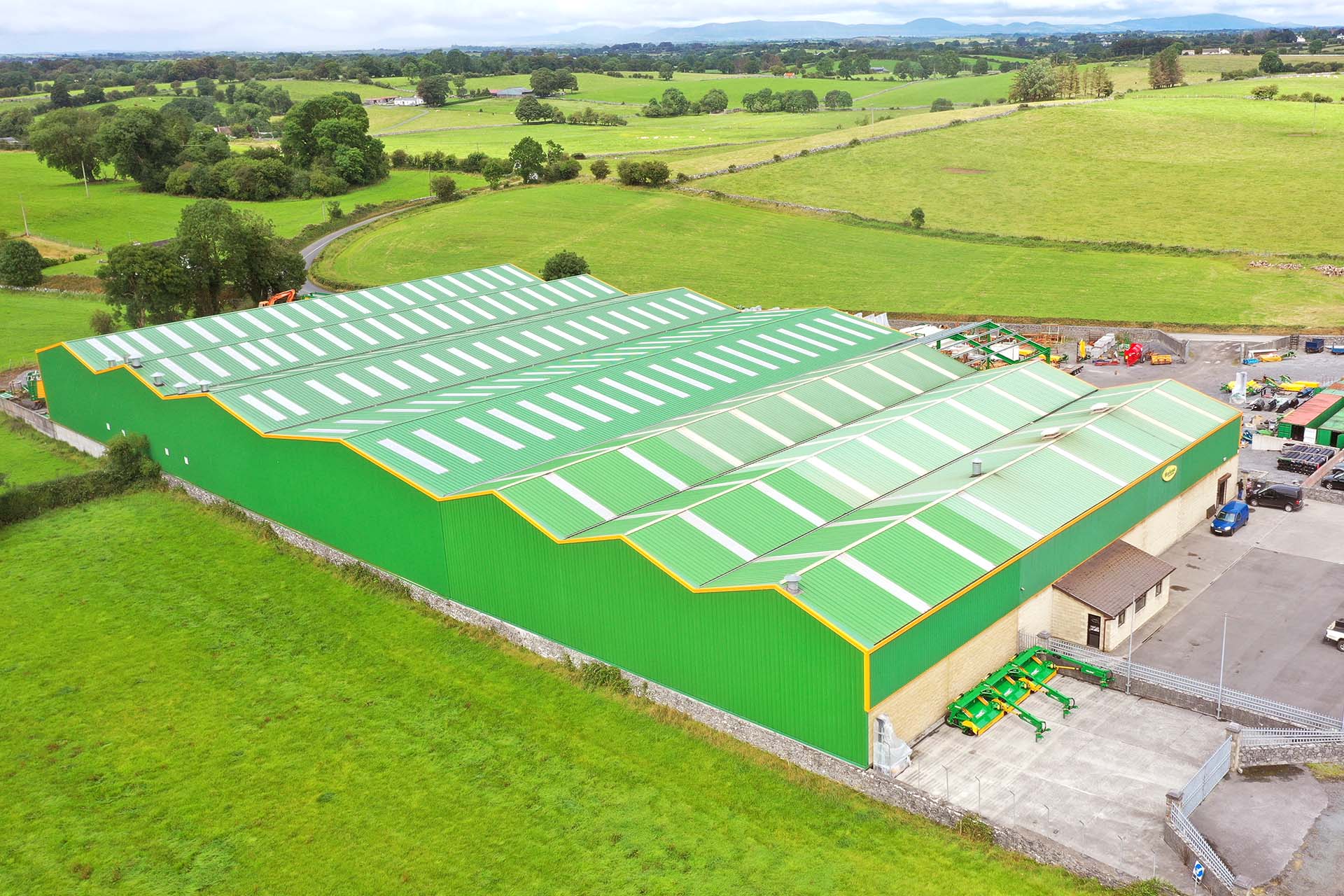 Based in Ballyglass, County Mayo in the west of Ireland, Malone Farm Machinery Ireland is a young, dynamic company with a commitment to innovation and creativity in the agricultural sector.

Now employing 32 people and distributing their wide range of products to three different continents, a clear focus on understanding and appreciating the needs of their customers has been central to the growth of Malone Farm Machinery.

Only wagon made in Ireland and UK.

Number one tedder on the market.

Over 20 years in production.

Robust to suit all conditions.

Founded by Ballyglass man Mike Malone in 1999, the company started off with many of the typical challenges of a small start-up business.

Mike started up in Ballyglass and had to work all the hours available to him to ensure the company got off the ground. But Mike has always had a passion for innovation and quality, and was determined from the start that his business would not just survive, but thrive.

But he always wanted to run his own business and in 1999 he set about doing just that.

In 1999 Mike set about building Malone farm machinery. Initially Mike had just one employee and the company began making log splitters and post drivers. Seeing a gap in the market for these products, Mike put an ad in the paper at the time and got calls from all over the country.

The product could only be delivered on a Sunday, every other day was focused on production. Every day of the week was being utilised to get the business up and running.

In 2003, Malones started making toppers which proved a big market for the company. With initial plans to make 25 toppers, they had made 450 by the end of the year, such was the demand.

Again, every hour was being utilised. Three employees would come and paint them at night time and the toppers would be ready for sending in the morning.

With the company growing, capacity was becoming an issue. Malones successfully applied for planning permission, allowing the company to expand further.

In 2009, Malones took another big step with the launch of their self-loading wagons. With the needs and requirements of farmers central to the company’s ethos, Malones continue to succeed with their wide-range of products.

Malones expanded beyond Ireland for the first time in 2007, selling in the UK. In 2010 a dealer in South Africa was so impressed by the product range that he started to export products. In 2012, they moved onto Costa Rica, and today in addition to a growing European Market they also export to Chile and New Zealand.

The success and growth of the company has not gone unnoticed and they have picked up plenty of awards along the way, underlining their continuous commitment to excellence.

In 1999 they came first in the New Inventions Award at the Tullamore Agricultural Show.

In 2007 they won first prize for Innovation in Business in Mayo, sponsored by The Mayo News.

This website uses cookies to improve your experience while you navigate through the website. Out of these, the cookies that are categorized as necessary are stored on your browser as they are essential for the working of basic functionalities of the website. We also use third-party cookies that help us analyze and understand how you use this website. These cookies will be stored in your browser only with your consent. You also have the option to opt-out of these cookies. But opting out of some of these cookies may affect your browsing experience.
Necessary Always Enabled
Necessary cookies are absolutely essential for the website to function properly. This category only includes cookies that ensures basic functionalities and security features of the website. These cookies do not store any personal information.
Non-necessary
Any cookies that may not be particularly necessary for the website to function and is used specifically to collect user personal data via analytics, ads, other embedded contents are termed as non-necessary cookies. It is mandatory to procure user consent prior to running these cookies on your website.
SAVE & ACCEPT
Translate »